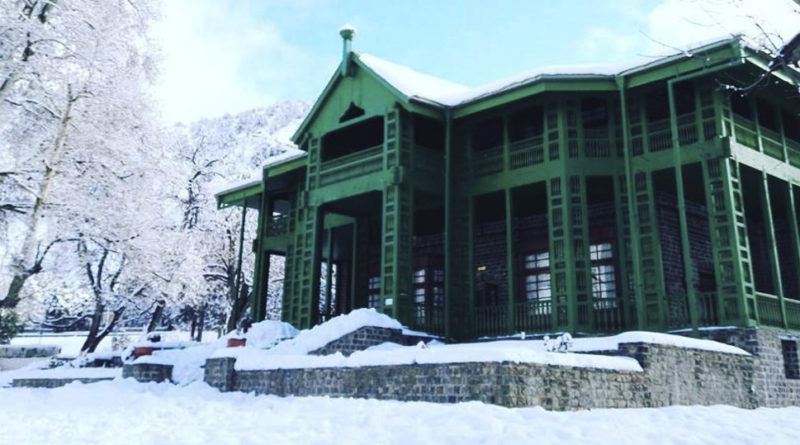 Ziarat is a hill station and holiday resort about 130 km away from Quetta. It’s the perfect summer getaway due its mild temperatures during this time. It is very popular during the Eid holiday, especially if Eid falls in summer. Ziarat is most famous for housing the Quaid-e-Azam Residency, the residency where Muhammad Ali Jinnah spent the last two months of his life, but it offers plenty more for the intrepid holiday goer. Juniper Forest is amazing in Ziarat city.

The best time to visit is from May to September. Outside of these months Ziarat is cold and dry, and not a very beautiful places to be unless you have cold weather equipment.

The most famous landmark in the city, and the place where Muhammad Ali Jinnah spent his last months before he died. The building was originally constructed in 1892 during the British Raj, and is made almost entirely of wood. The building was completely renovated in 2014 after being attacked by terrorists in 2013.Prospect Point

The cars can reach on the highest point of this. At 2,713 meters above sea level, it offers stunning views of the surrounding area. Prospect Point is roughly 6 km from City.

Sandeman Tangi, 4 km from it, is home to a dramatically cascading waterfall. Another beautiful waterfall in Dumiara, which is 9 km beyond Sandeman Tangi.

Ziarat and its surroundings houses several shrines to local tribal leaders. The closest to the city is the shrine of Nau Gaza Baba, roughly 1 km from Ziarat. Nau Gaza Baba, whose real name was Kareemdad Khan, was the chief of the Essakhail Sanerzai tribe. He holds a significant position in local legends, and many locals will be able to conjure up interesting tales surrounding him.

A member of the Sarangzai tribe named Tahir, Another 8 km from town is the shrine to  Baba Kharwari, Visiting his shrine during Eid can be especially rewarding, as local tribesmen hold wrestling and marksmanship competitions.

Home to Pakistan’s largest juniper forest, and believed to be the second largest juniper forest in the world, this place is great for hiking, trekking and picnicking. The forest is home to several species of animal, including Markhor and black bear. Ziarat Juniper Forest is a UNESCO Biosphere Reserve.Best places to stay in Ziarat

Ziarat is one of the main in the region, and thus offers a decent range of accommodation.

Budget: Camping – Ziarat and its surroundings are great for camping. Ask around if there are any designated campsites or if there are places you aren’t allowed to camp. And remember to bring all your trash back when you’re finished camping.

How to get There

It can only be reached by road. The town is about 130 km away from Quetta, and the ride from Quetta to Ziarat takes about 3 hours. If you’re coming form Punjab, you can take the N-70 from Multan.

When you visit Quetta the must go this valley.