The Quetta is the capital city of Province Balochistan is situated at the height of 1654 meters above the sea level. It has been rightly named Quetta in just meaning of Fort. The city is surrounded by unbending, hard and rigid hills. It maintains popularity for its silent sentinels are Chiltan, Zarghoon, Takatoo and Morder hills. Quetta lies at the mouth of the Bolan Pass which has served as an entrance to South Asia since times immemorial. Due to its key location,it considers still an important city and lies close to the neighboring countries of Iran and Afghanistan makes it an important center. It also connected to other cities of Pakistan through a network of roads. Quetta has a pleasant weather every time in summer while enjoying snowfalls visitors visit famous places to visit in Quetta in this attractive city in the winter season.

Top Tourist Places to visit in Quetta are following :

Instead of rough and tough sights of Hills, the clear blue water of Hanna Lake is used for the treatment of sore eyes. It also maintains popularity just because of the picnic point in Quetta for visitors.

The Urak Valley lies at a distance of 22 km from Quetta, which is called the Land of Orchards. A large number of fruit sorts include apricots, pomegranate and apples grow here. The waterfalls at the other side of the valley make it so stunning.

Pishin valley lies almost 50 k form Quetta located in the direction of the north west of Balochistan.  It has 1000 s Accho of fruit plantation. Pishin valley in important for productive land different sorts of fruits and crop is yielding there. Besides crops, its also famed for growing veggies and fodder.

In Balochistan, Pakistan Ziarat is known as a capital district. It lies almost 125 KM from Quetta and 8850 feet higher up the low land. It also popularized for the boarding mounds that are forested and beautiful.

The Museum is located on the Fifa Road and here you can see a fine display of antique firearms, swords and rare manuscripts. Artifacts from Meharghar the earliest known civilization are also exhibited here as are the Stone Age tools and pottery.

The park is important for providing a consecrated and inviolable place too much-endangered species of wildlife especially to the Markhor, the wild goats. It lies at some distance of 20 km from Quetta. Visitors come here for a museum that it has and for picnic spot due to its attractiveness weather plus spot.

It is popular for compete ting, contesting and amusement park situated at the Airport Road.

It lies at the distance of 11 km west of Quetta. Here different sorts of birds seen and are known for varieties of plant life.

The famous handicrafts of Balochistan can be purchased from the colorful bazaars of Quetta. The Kandhari bazaar and the Liaqat bazaar both are especially worth mentioning.  You will also found drugs woolen mats, shoes, and lather items apart from garments items with embroidery and mirror work.

Whenever you go Quetta you should have to compel to visit these areas. Because of visiting the attractive sites you will found cordially rest and mental refreshment.

These are the top famous and tourist places to visit in Quetta that you need to see it wen you visiting Quetta. 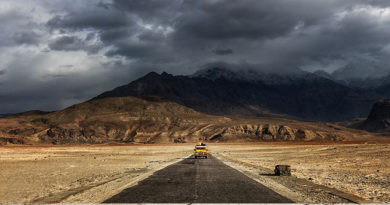 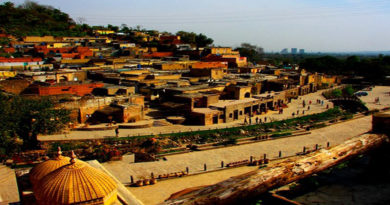