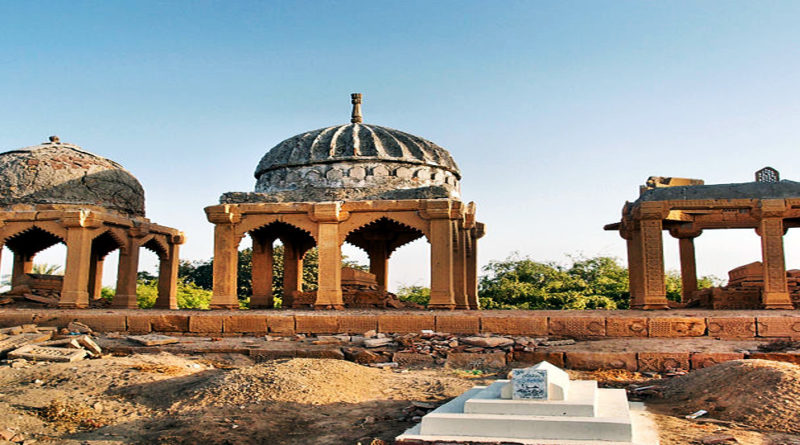 Mirpur Khas literary the “land of most royal Mirs”, is also known as The Mango City. It  is an ancient and historical site of Sindh and previously served as gateway to the Great Thar Desert. The Talpur emperor started in this region with Mir Tharo Khan Talpur. His son, Mir Ali Murad, founded Mirpur khas in 1806 and it remained the capital of the Tālpur rulers till 1843, and was also known as a Mankani State after a sub-clan of Talpurs.

Mirpur Khas is known for its mangoes and farming of different varieties, with the most famous being “Sindhri” – literally the mango from Sindh. Nearby, there are many mango and agriculture farms that can be visited. The nearest farm is the Govt Fruit Farm, where the Sindh Horticulture Research Institute is located, and it is easy to visit. Other farms can be visited by contacting the farm owners and local people.

Chittori is the historic ancestral graveyard of the Talpur Mirs of Mirpur Khas. The sandstone tombs are the finest examples of Sindh’s architecture from the 17th and 18th century.

Kutchehri was the residence of Mir Sher Muhammad Talpur, reconstructed by the British. Nowadays, it is used as Mukhtiarkar office.

Kahu jo Daro is an ancient Buddhist city spread over 30 acres and over 2,000 years old. Excavations revealed a Buddhist stupa from the site.