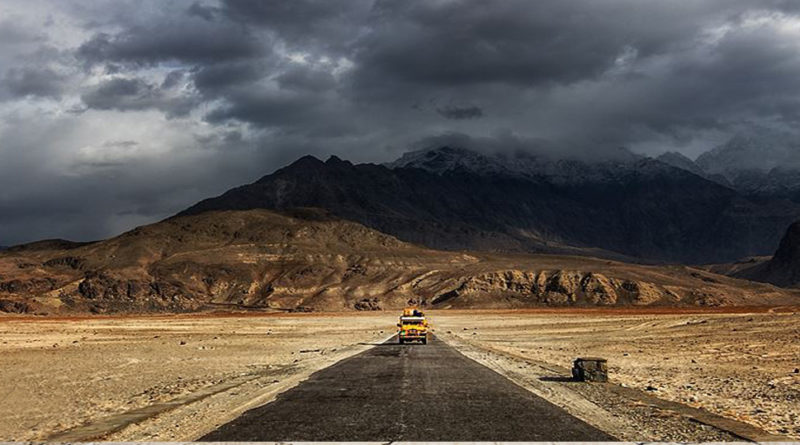 Shigar is a district on the banks of the Shigar River near Skardu in Gilgit Baltistan Pakistan, at the distance of 239 km from Gilgit city via Skardu. There number of beautiful valleys and adventureous treks, which attract number visitors from all over the world.

It is gateway to the mighty mountain range of the Karakoram, in which K2, second highest peak of the world, is the most important. Shigar Valley is full of lush green and homeland for best quality fruits such as apples, cherries, apricots and walnuts.

Instead of inaccessible place and remote area, there are most favorite places in Shigar to visit such as Shigar Fort, Ambrique Mosque, K2 Base camp, etc.  last settlement in this valley is Askole which on the high mountains.

At a distance of twenty minutes ride from Skardu, there is a beautiful bridge “Shigar Bridge” that leads to Shigar valley. On the way to the valley, a very unique form of cold desert Shigar can be seen. Its views are enough to make anybody stunned. Its roads are so smooth that you will not encounter any issue and will wish to wander the whole day long.

Wandering for 15 minutes on the road, you will finally get to see Shigar View Point. Every inch of the Shigar valley can be seen from this point. Isn’t it a great loss to miss?

Shigar Fort is our next destination which is locally known as Fong Khar that means “Place on Rocks” in Baltic language. It is as old as the 17th century and was built by Hassan Khan (20th ruler of Amacha Dynasty). The fort is in the way to K2 mountain. Its location is very unique and fascinating as it is located on an oasis-like region.

Ambrique Mosque is the heart of Shigar valley built in the early 18th century and is a strong sustainer of tough weather. It is a two-storeyed building with a wooden architecture. If you are looking for some unique and historic places in Shigaar then no place is better than Ambrique mosque.

Wish to see a giant, long glaciers? No, I am not talking about the titanic ones but even more drastic than that located in Karakorum range. This place is purely for adventure lovers and for those who are daring enough to risk their lives. First, you need to go to Askoli valley, and then do five days trek to reach Baltoro Glaciers. It’s pretty fine because beauty pays off!

The Blind Lake which is located near to the view point of Shigar or locally known as Jarbachzoo can be seen. It is a very beautiful lake in Shigar Valley. Its water is crystal clear and blue which becomes pearly in the sunshine. The fresh water and lush green surrounding invite a lot of swimmers and boaters.

Hashupi Baagh is a garden filled with different yummy fruits especially apples, hence the name Apple garden. Its cherries attract a large number of tourists. The garden is equipped with colorful and fresh flowers. It is a perfect place to have some pics and buy extraordinarily yummy fruits. If I’m not wrong, can I say this place is a heaven to food junkies? I think yes!

Last but not least, amazing snow lake. Snow lake is also known as Lukpe lawo in local language which is a high altitude glacial basin. It is at an elevation level of 16,000 feet above sea level. It has a width of 10 miles. This glacial basin is at the head of Hisper, stretching down to form a river of ice. In our list, it is the most difficult place to reach.

If you are that lucky one to visit Skardu then never miss this opportunity. Don’t know what to visit and where to start? That’s not a problem. You just start packing your bag and go away.