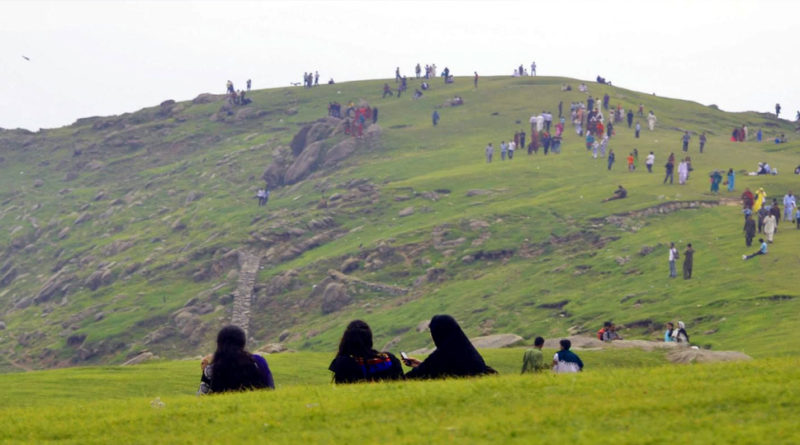 Rawalakot (in Poonch district), also known as “Pearl Valley” is generally recognized as Mini Kashmir and owes its name from the city of Rawalakot that was the headquarter of the Raja of Poonch before 1947. It is a hilly area with an average altitude of about 2000 meters above the sea level. The mountains in the district belong to the Pir Panjal range, with Tolipir the highest peak in the eastern mountain regions. The Jhelum River flows from north to south and also borders on the west. The Rawalakot River making its way from Pir Panjal range in Indian-administered Kashmir flows along the south-eastern boundary.

Kehan nalla, Ranger nalla, and Hajira nalla are prominent streams which are actually the flood streams. North-eastern Rawalakot is very cold, but the lower valleys experience cold winter and hot summer. The temperature in summers varies from 16°C to 35°C, in winter the entire place is covered in snow, and the monsoon season runs from April to June.

Located 12 miles from Rawalakot, in the middle of Kail woods is a hill resort. Banjosa Lake is beautiful for boating, but also cozy with a night-time bonfire. Situated at an elevation of 6000 ft. above sea level, this beautiful resort is perfect for relaxing. There are several comfortable guest houses and hostels near Banjosa Lake, which can be reserved from the AJK tourism office in Rawalakot city. Since Banjosa is a popular tourist spot, it is recommended to book accommodation in advance.

The highest peak in Rawalakot, Tolipir is at a height of 7500 ft. above sea level with a picturesque view of the surrounding area and a view of this river from the top. Its a 45 min drive from Rawalakot on a narrow road. The place has beautiful plains amidst mountains. Take your own food and drinks to enjoy a quiet picnic, but bring back the trash. There are also old remains of a Mazaar at the highest top of Tolipir.

Located 45km from Rawalkot city on Hajira Road, Tatta Pani has Hot Water Springs coming out of the ground and flowing into the Poonch River. These are sulfur water springs with water temperatures approximately 86ºC in summers and 65ºC in the winters. Existing high temp water showers were obliterated during the flood in River Poonch.