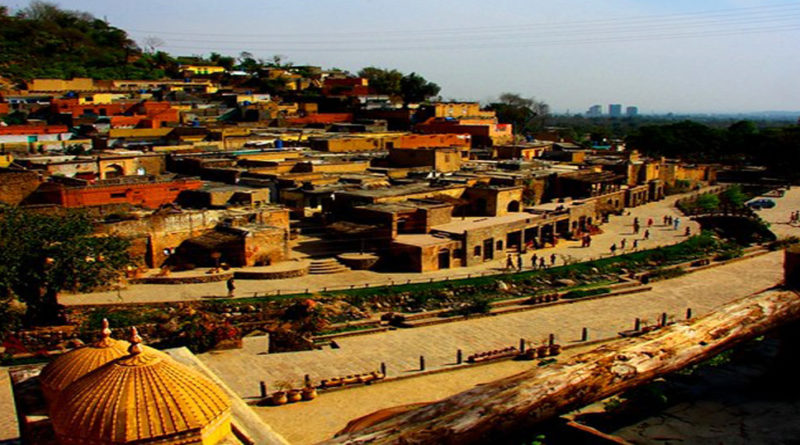 Saidpur village is a Mughal era village and located near to the Margalla Hills road and the east of Daman e Koh in Islamabad. The Village has the footprints of various civilizations, including Gandhara, Greek, Buddist, Mughel, Ashoka and the colonial periods, and now serving as a poplar recreational spot for both local and Foreign Visitors and Tourists. Said pur village named derived from sultan said khan, Son of sultan Sarang khan. Said khan gifted saidpur village to his daughter who was married to Mughal emperor Jahangir son of Mughal Emperor AKBAR. During the Mughal Period Saidpur Village was considered a garden resort, des pardes saidpur village and a perpetual spring provided water for drinking and for watering.

During the Mughal era, Sultan Sarang Khan was the chief of Pothohar region. Who named the village after his son, Sultan Said Khan. Later, the village was gifted to daughter of Said Khan who was married to to Mughal emperor Jahangir. At that time, the said pur village has also been used as a garden resort. After that, A Hindu commander Raja Man Singh, constructed a number of ponds, now the village is also home to many Hindu temples that have been preserved. Des Pardes Saidpur village is the most best and amazing restaurant in Said Pur.

They will do justice to their name and your expectations. The place has a great ambiance and provides great food and service. Make sure to give them a visit when you’re in des pardes saidpur village the next time. They serve the best Pakistani, BBQ, Asian, Middle Eastern, Halal, Vegetarian Friendly food at very responsible and good prices.

This restaurant is a meat lover’s heaven. They offer a unique blend of Mughlai Cuisine with fine dining services.
So if you’re interested in trying out the authentic recipes from centuries ago, Dera Pakhtoon is the place to go. They serve the most delicious lamb chops and tikka and their platters having whole lamb ribs, quails, Palau and Peshawar kebab will make your mouth water.

Saidpur Village is the most attractive and best place to visit in Islamabad. You should visit this village during travelling in Islamabad.