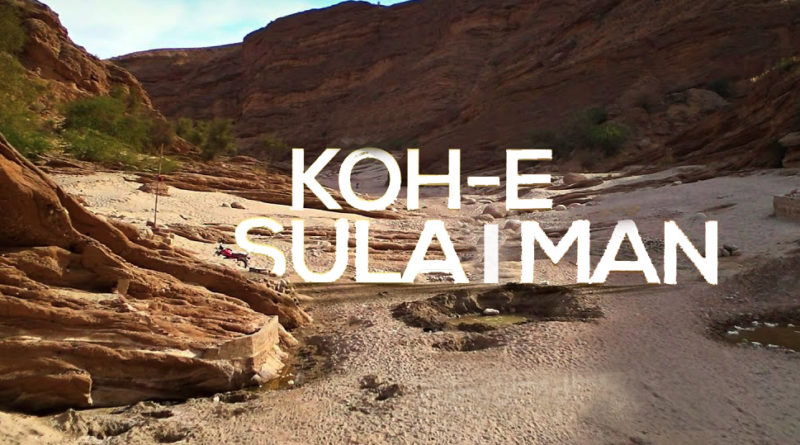 Koh e Suleman  is famous for its highest peak called Takht-e-Sulaiman, 11,440 ft above sea level, which was named by the traveler and explorer Ibn-e-Batuta. A detailed study of Koh-e-Sulaiman range will reveal that it is one of the longest mountain ranges in the world, starting from Ghazni in Afghanistan, passing through Zhob in Balochistan and Drazanda area in Frontier Region Dera Ismail Khan in KP, then to Dera Ghazi Khan in Punjab and it ends in Jacobabad in Sindh province. Along with some of the highest peaks, Koh-e-Sulaiman also has places of breathtaking beauty and cool hilltops. The Eastern part of Koh-e-Sulaiman at the junction of the Punjab-Balochistan border arguably is the most scenic.

The Tribal area of district Dera Ghazi Khan which is adjacent to the Rakni area of Barkhan starts from Bewata. The journey starts to ascend up to 6,470 ft towards Fort Munro. One of the coolest and scenic places of Koh-e-Sulaiman range. This was a hilltop resort established by the British Political Agent and Deputy Commissioner of DG Khan, Sir Robert Sandeman. More than a fort this place can be regarded as the Kashmir of Southern Punjab. On one particular mount, there are the residences for Political Assistant (PA), DCO DG Khan and Commissioner DG Khan Division.

Along with that is a cemetery which has some graves of the Britishers and their children who lived here and died. It also has the old Jirga Haal in which the PA held Jirgas with the tribal notables of the region. It also has a little fort kind of a structure symboling the fort of Munro. On the other mount, there are private hotels and a Dam. Tourists flock Fort Munro in large numbers in summer, thus making Tourism the largest business of the area.

Fort Munro is called as Nimro in Local Balochi language, the legend has it that a Baloch poet settled in this area and wrote poetry from this cold abode. This was even before the British arrived in this area. But today his poetry is not to be found in any of the Balochi dewans, nor his grave is found in this area, but to date, Baloch people call this place as Nimro. It seems a coincidence that the British also had to name it Fort Munro after Colonel Munro, Commissioner Derajat, a name which is a homophone of Nimro. Administratively Fort Munro comes in a tribal area of DG Khan and the administration is lead by a PA to the DCO Dera Ghazi Khan.

The Koh-e-Sulaiman is regarded by some Baloch intellectuals as Mecca for the Baloch people, and rightly so. The Baloch tribes straddle most of the Eastern part of Koh e Sulaiman. There are nine Toumandars of Baloch tribes that were recognized by the British. The nine tribes are Mazari, Laghari, Dareeshak, Gorchani, Buzdar, Qaisrani, Souri Lound, Tabi Lound, and Kathryn. In addition to these nine tribes, there are other Baloch tribes as well which inhibit the Koh e Sulaiman range. The Toumandar of Khoso tribe is astonishingly absent from the plate installed at Fort Munro but nevertheless. Khoso is also a big tribe of this region. Apart from Khoso and Kethran which speak Siraiki and Kethrani languages respectively, all other tribes still speak Balochi language.

It is not only a summer retreat but also an open museum for specialists and enthusiasts of geology and archaeology to study the area. The mountains and the rocks present a very interesting combination for the people interested in their archaeology. It is a very important site as body parts of Balochitherum have been discovered from Koh e Sulaiman, from the Shagala area of Zhob to the Eastern part of Koh e Sulaiman (the area of Taunsa). In the mass sedimentary rocks of Sulaiman range, the evidence of walking whales was discovered by a US paleontologist. According to a local Ph.D. scholar Rahim Kethran who is also a Hubert Humphrey scholar, some fossils of Dinosaurs has also been found in the nearby Vatakri area of Barkhan. According to him, there is a potential presence of hydrocarbon deposits in the Jadran area of Barkhan.

koh e Suleman besides historical, archaeological and tourist potential, this area also presents itself as a hub of enormous mineral potential. When one descends downward from the Fort Munro and Rakhi Guage area. There one can see dozens of crush plants working in the Sakhi Sarwar area. Substances like Gypsum, Limestone, and clay, which are basic ingredients of Cement manufacturing are found here. The DG Khan Cement manufacturing company makes one of the best quality cement in Pakistan. But more significant is the fact that this area is more famous for its good quality Uranium. There is also a big site of the Pakistan Atomic Energy Commission in DG Khan. Irrespective of the abundance of such resources. The people of the area are not well attended by the government and their main business is in livestock.

DG Khan City comes after the Sakhi Sarwar town, and it would be a pleasant surprise that the main city is quite a clean city as per Pakistani standards. It is more like a planned city, as the British administrators divided it into blocks. DG Khan is at the junction of the four provinces. There is a roundabout that has roads leading to all four provinces of Pakistan. There is a contention that once it was being considered for being made the capital city of Pakistan for its geographical contiguity to all four provinces.

This is a Baloch dominated city, and Baloch culture is quite evident from the dresses of the people. But it is quite tolerant of other settlers. There are big businesses of the people from Loralai and Barkhan districts of Balochistan. The city has many good schools which have a good number of students from Balochistan. Its civil hospital caters to the needs of the whole of the division and beyond, it also has a medical college. 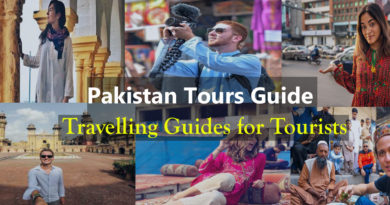 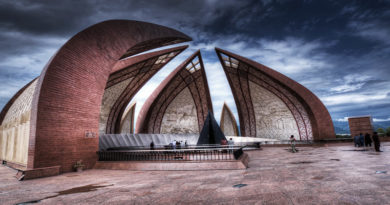 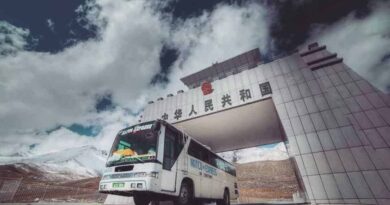 Khunjerab Pass (Pak-China Border): Why, When And How