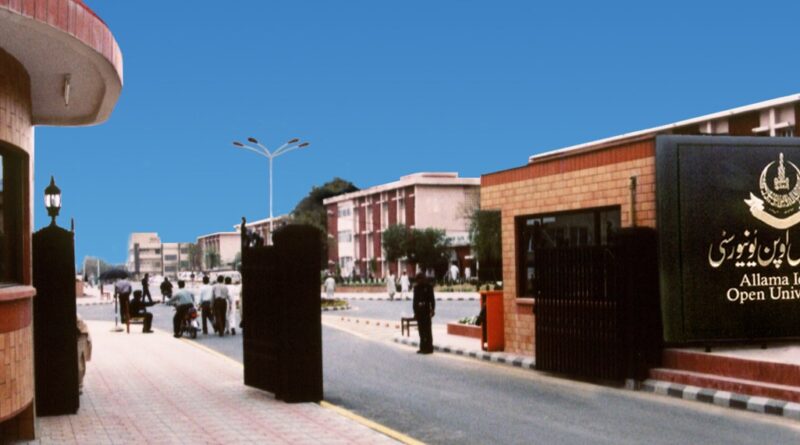 Everybody is well conversant with this name. This first open public university has been established in the capital city of Islamabad. Islamabad is the capital of the Islamic Republic of Pakistan. It has an appreciable stand in the universe, probably it is 4th of its kind in the world. It stands at number one of the Asia and African continents. At first it was named as Peoples University Islamabad which later on, with the massage of times, renamed after the name of great poet Hazrat Alama Iqbal R.A. in his memory as national poet and founder of the country of Pakistan. check online, aiou online admission, reslut, roll number slip , tutor and aiou workshop.

Geographically it is situated in the famous capital city of Islamabad. Even in the epicentric area of H-8 equally accessible from all sides of the city.  It has a vast both and covered and open area on Ashfaq Ahmad Road near Peshawar Morr Itwar Bazaar mostly visited by the inhabitants, citizens of the city. It has many block like Academic Block where there are dozens of halls and class rooms students of various disciplines and sciences.

University has many blocks and beautiful buildings for centers as well as residential accommodations for the administrative and teaching staff. There is greenery every where and intra departmental pavements and green plantation make it worth seeing. The appreciable cleanliness around its blocks and pavements for students and visitors is worth appreciation.

From historic preview it was established in 1974 with the main aim of providing quality education to peoples of the far flung areas and bigger cities alike. The main objective was free education to all on very nominal charges that could be afforded by all citizens.  Since its inception in May 1974 it has fulfilled its objectives to major extent which is an appreciable stance.  It has facilitated thousand people on job with the aim of getting more and more education both academic and professional. Female gender is the most beneficiaries of all being at home with easy access to various courses offered by this university of international repute.

It has emerged as the greatest of the universities to provide professional, technical and scientific education. Almost all subjects studied by the students. In its attempts to reach almost the neglected areas, inaccessible and hilly remotest areas of the country by distant education provided to the general masses unto their requirements and choices. It has gradually reached to use the modern machinery and tools of imparting distant education to the remotest peoples.

Closer to the main gate there is a security guard room with CCTV cameras all around. The admin Block consists of offices of the treasurer, the bank and reception for deposition of all sorts of fees for the academics and courses. It has a triangular barbed wire security boundary wall which means it has a toughened security measurement unique of its kind. There is a large Urdu Monogram both architectural in nature and in roman English. It adds to its empirical nature.

It has 9 Regonal campuses, 33 regional study centers for facilitating face to face knowledge imparted by its group of expertise in multiple disciplines. 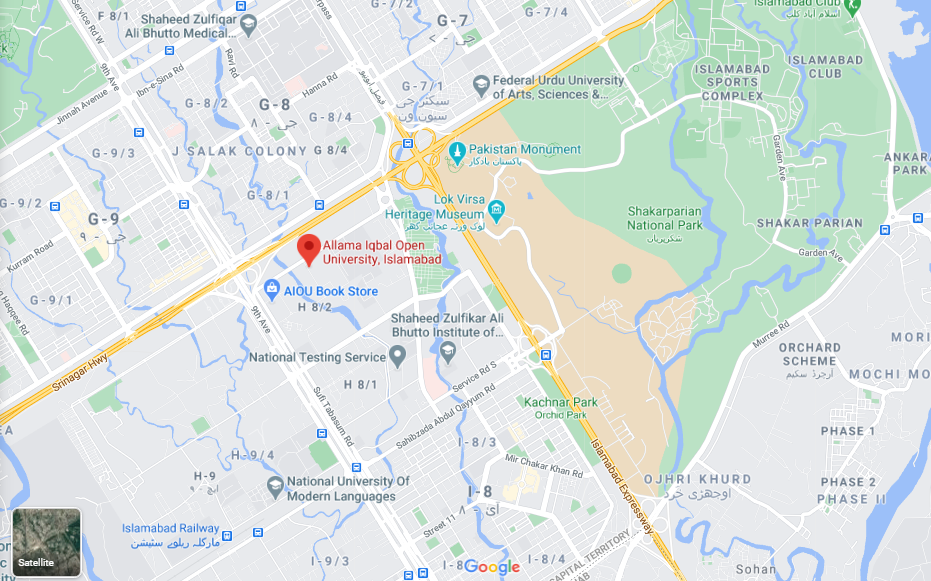 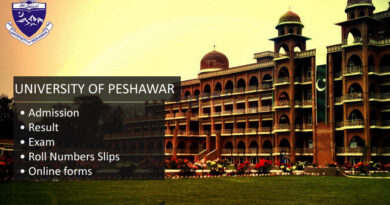 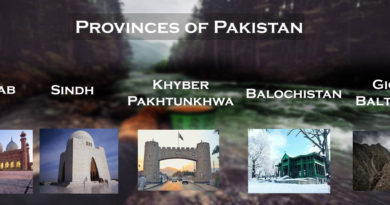