The major reasons behind such a low number of foreign travelers visiting the country previously were rampant terrorism and the poor state of law and order. Another factor, apart from these two, was the acquisition of visit-visa to visit the country. Pakistan is, literally, one of those countries whose visit-visa is not easily obtainable. This is due to checks that constitute the process of acquisition of it. In the past, due to the poor security situation of the country, these checks were created, but they led to a significant downfall in the number of foreigners visiting Pakistan. However, major progress has been made in this regard when recently Prime Minister Imran Khan launched a visa on arrival policy for five countries i.e. Turkey, China, Malaysia, the UK, and the UAE.

The e-visa service has been developed by NADRA in three months and is similar to the systems in the US and UK. The application consists of 3 steps. The first step includes the submission of visa fees, the applicant’s information and documents. The second stage is the processing of the application and in the last phase, the e-visa will be issued.

A new e-visa scheme is also being introduced to facilitate visitors from 176 countries. This newly launched policy will open Pakistan’s doors to the world, making it more accessible to tourists and investors from across the globe, according to PTI official statement.

In 2010, Lonely Planet,(Travel Blog) a large travel guide book publisher, termed Pakistan as being ‘tourism’s “next big thing” for more years than we care to remember.’ In 2018, the British Backpacker Society ranked Pakistan as the world’s top-most adventure travel destination for 2018, after an extensive visit to Pakistan in 2016. It described the country as ‘one of the friendliest countries on earth, with mountain scenery that is beyond anyone’s wildest imagination.’
Yet for some economic and social constraints, Balochistan, the largest province of Pakistan, comprising of the most hospitable and welcoming communities, has not witnessed the arrival of many foreigners in the past decades. However, fortunately, things have changed now. In recent years, tourism and business have flourished in Balochistan, therefore many foreigners have come to the province, explored it, invested in it and have taken back with themselves a positive image of it.
Though tourism in Balochistan is a developing industry, yet in recent years many foreigners have visited the province for several reasons. There are many attractive opportunities for tourism in the province and all that is needed is to unravel the potential of the region. This unraveling is being successfully done by the Pakistan Tourism Development Corporation (PTDC) with the help of social media, pamphlets, posters and other appropriate literature. Even the Provincial Tourism Department of Balochistan, for this purpose, has started projects to develop tourism facilities, hotels, and motels, rest-houses and information centers in the region.

Recently, on February 2019, the German Ambassador to Pakistan, Martin Kobler, made his first visit to Balochistan. He not only visited the educational institutions of the province but also met its high officials. He, during the visit, he promised that Germany would invest in the water and sanitation sector in the province for the perceived Balochistan as a region paving its path to sustainable development.

In 2018, Eva Zu Beck, a Polish traveler visited Pakistan and filmed her travelogue as well as a commercial media project titled “Eva Travels Pakistan ”. She was warmly welcomed by PTI, the ruling party, by saying ‘Traveler and Friend of Pakistan, Eva Zu Beck is warmly welcomed to explore the unexplored beauty of Pakistan.’ For this purpose, she came to Balochistan and visited regions like Quetta, Ormara, and Gwadar. Eva stated that the province, especially Gwadar, functions as the Dubai of South Asia. She also said that Balochistan has made her feel a different kind of empathy for itself and Pakistan. She described the province as an incredibly gorgeous region that is longing to become prosperous and healthy.

Recently, Kuwaiti Consul General Muhammad Abdullah Al-Khalidi visited Balochistan who called on Chief Minister Kamal to discuss investment opportunities in Balochistan. The province also witnessed the arrival of a delegation from France, last year. The delegation was much interested in exploring Balochistan and investing in the field of education.

In October 2018, almost 100 foreigners from 23 countries of the world, such as Bahrain, Qatar, Saudi Arabia, Syria, Nepal, Sri Lanka, and others, visited Balochistan for a two-days meeting of Asian Parliamentary Assembly (APA) standing committee held in Gwadar. The foreign delegates brought in ideas, promises of cooperation and investment, wealth and took back the message of peace.

The increasing trend of foreigners visiting Balochistan will prove to be a milestone in the development of the province, and thus Pakistan as it will help in the projection and portrayal of a positive image of the country. It will help to spread the message of peace and harmony, for which Pakistan has been striving for years, to the international world. Also, this positive perception of Balochistan and Pakistan would bring prosperity to the province, as it will not only preserve and propagate its culture but also attract peace, international cooperation, foreign investment, and development. 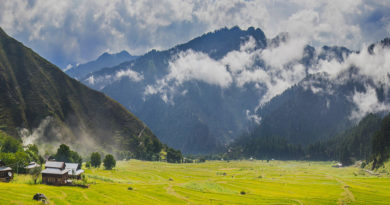 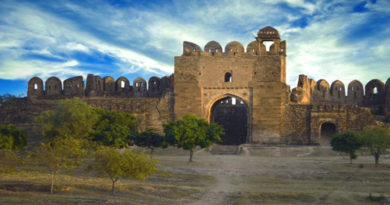